Skip to content
Antalya Best Vacations
December 13, 2020December 22, 2020 bestvacations 0 Comments Demre Myra Tour, Demre vacations spot, Things to do in Demre, What to do and see in Demre, Who is Santa Turkey

Demre is in the province of Antalya. Demre district is also known as Kale. Known as one of the most important cities of Lycia, Demre, with history and natural beauty it is one of Turkey’s most important holiday resorts. Demre has cheap accommodation options. You can choose apart houses, boutique hotels and hostels. You can get information by doing a research on the internet for accommodation. Let’s take a look at things to do in Demre.

The Ancient City of Myra

The Ancient City of Myra is especially famous for the Lycian Period rock tombs, the Roman Period theater and the Byzantine Period Saint Nicholas Church (Santa Claus). Rock tombs are located on both sides of the city. The walls belonging to the Roman and Hellenistic periods can be found on the hill of the city. The theater of the city, which has survived to the present day, has a very solid and impressive appearance.

Known as Santa Claus in the world, Saint Nicholas was born in Patara, one of the important cities of the Lycian region, and lived in Myra (Demre). Saint Nicholas was the bishop of Myra. Saint Nicholas is rumored to be the greatest protector of orphans and poor children. He became a saint after his death due to his respectable personality. After St. Nicholas died, the people of Myra built a church in his name and put it in the sarcophagus inside. The Church of St. Nicholas, which was severely damaged by floods, earthquakes and invasions, was repaired in different periods. Known to be destroyed in a severe earthquake in 529, this building is rebuilt in a basilica style. Visiting hours can change during the summer and winter seasons.

The museum building was built in 129 AD as a granary. Now used as a museum. The beliefs, economic and social life of the Lycian people are exhibited. In the open air section of the museum, the ruins of buildings such as harbor, bazaar, bathhouse and church can be seen. Myra, Patara, Xanthos, Tilos, Pınara, Olympos, Arykanda and Antiphellos halls in the museum take their names from the cities that formed the Lycian Union. Built in 129-130 AD in the reign of Hadrian. In archaeological excavations, it was found that murex mortar was used for the first time in the construction of the granary. Here murex mortar should be mentioned, perhaps as a construction material peculiar to Andriake. Murex wastes from paint workshops were used as strong binders in the mortar. The museum should definitely be visited.

If you ever been to Antalya Demre, please feel free to share your comments with our visitors. 🙂 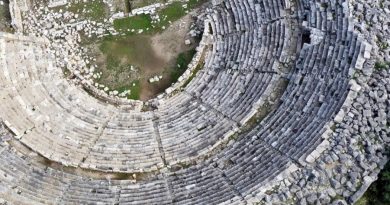 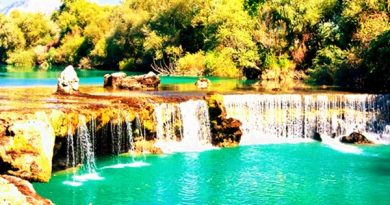