Antalya Alanya, is one of the most important tourism centers of Turkey, which is known all over the world. It is a city with tourist facilities.

One of the Anatolian Seljuk rulers, Allaaddin Keykubat I (1200-1237) besieged the castle and took it. Entering the domination of the Turks, the name of the city was changed to Alaiye. Visiting Alanya in 1935 Mustafa Kemal Atatürk named the city Alanya. The capitals of the Seljuks were Konya. They also used Alanya as a second capital and winter center.

Places to visit in Alanya

It is one of the important historical symbols of Alanya. It was built by the Seljuk Sultan Alaaddin Keykubat I in the 13th century. The Kızılkule port, which was built with an octagonal plan, whose construction date is stated to be April 1226, includes the shipyard and the port. It was built to protect the Alanya Castle against attacks from the sea. The 33-meter-high Kızılkule is made of limestone in the lower parts and red brick in the upper parts. The red side of these bricks gave the tower its name. It has five floors: first floor, mezzanine floor, open floor and open terrace. You can watch the harbor, tophane, shipyard, city walls, breakwater, shipyard beach.

You can start visiting Kızılkule, Alanya Shipyard and Tophane. Alanya Castle, located above, consists of three parts.  These are İçkale, Ehmedek (Ortakale) and Outer Castle. While visiting the three sections, it is possible to come across Akşebe Masjid and Tomb and Süleymaniye Mosque.

Alanya Archeology Museum is a museum that is a place to visit with the richness of its renovated works. It is located in the center and close to Damlataş Cave. İ.S., which is under protection as the symbol of the museum. Bronze Heracles, 52 cm high, from the 2nd century
His statue is exhibited in a separate hall. The garden part of the museum is arranged as an open display, and it is decorated with ostotheques (bone-ash storage box) Roman period necropolises were tried to be explained.

It is possible to see the original examples, which have formed an important part of the garden. In the corner, there are tools used in agriculture, describing olive oil production in the Roman period. There is an agricultural corner. Seljuk, Ottoman and Islamic tombstones of the first years of the Republic, columns from the Roman period titles and inscriptions from the Islamic period are also exhibited.

Damlataş and Cleopatra Beaches, which are among the Blue Flag beaches, are located at the entrance of Alanya, on the west side of the peninsulas and Alanya Castle. Damlataş Beach is located on the shore in front of Damlataş Cave. Historically, on the western outskirts of the peninsula until it lasted.

Egyptian Queen Cleopatra and Roman Emperor Antonius swam here.  The stretching of the beach towards the peninsula and the formation of large stones is called Cleopatra.

The most important feature of Cleopatra Bay is the clarity of its water. It is possible to see the natural beauties at the bottom of the sea very easily.

Dim Stream is starting just below the Dim Dam and ending at Tosmur Town. Various pink areas, restaurants, tea gardens, on the tea side of the region up to the coast, are open to tourism. Rafting is also done on the part of Dim Stream above the dam. In hot weather, you can eat your meals by sitting on the platforms built on the cool waters of the tea.

You can experience the peaceful atmosphere by sipping your tea. In some fish restaurants, you are allowed to catch your own fish. The salads that come with the fresh fish prepared on the grill and in the pan, on request, pamper you with a visual feast as well as their delicacies.

Dim cave, there is a fork in the road leading to the dam. It is located 11 km from the center. Access to Dim Cave is easy. You can reach the cave via Kestel Town, Dim Çay valley and Tosmur. It can be reached via asphalt roads through the town. Dim Cave is 232 meters above sea level. It is located on the western slope of the 1691 meter high Cebel Reis Mountain. The stalactites and stalagmites inside

Dim Cave has a beautiful view as well as its location and location. When you come to the cave, viewing terraces at various heights and binoculars. From here you can see both the valley where the Dim Stream is located and the Alanya Castle.

How to Go to Alanya

Alanya Airport is 124 km from Alanya city center and Gazipaşa Airport is 42 km away. Cruise tourism service is available at Alanya Port. The D400 Highway, which covers the entire Mediterranean along the coast, passes through the town center of Alanya. In Alanya, bus services to all over Turkey are organized from Alanya Bus Station. Rent A Car in Alanya. There are companies that provide airport transfer services.
Click to rate this post!
[Total: 0 Average: 0] 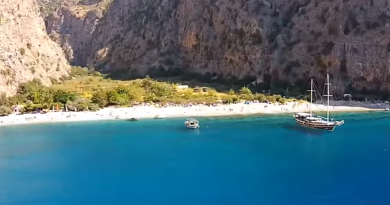 Top Attractions in Fethiye Turkey, Things to Do in Fethiye 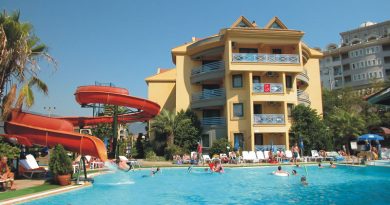 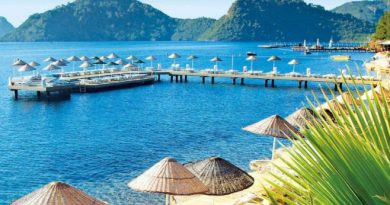