Rome is like an open-air museum! Even just in the city center, there are many touristic spots that you can explore on foot. The travel route of Rome city center from north to south with 11 points and bonuses awaits you to explore. The delicious places accompanying the route are 11 taste points in Rome!

Located in the north of the city, the square hosts New Year’s Eve celebrations and concerts. Piazza del Popolo, which means “People’s Square”, takes its name from the Basilica of Santa Maria del Popolo in the north. There are many historical buildings in the square right near the Villa Borghese gardens. There are 3 main streets coming out of the square. These streets called “il tridente”, that is, the trilogy; Via del Corso, Via del Babuino and Via di Ripetta. To the south of the square are the twin churches built in the 1600s.

From Piazza Popolo, follow Via del Corso and turn towards Piazza Venezia. Corso is one of the liveliest and most decent streets in Rome. While driving on Corso, turn left and you will find the Spanish Steps, located on a parallel street where the Spagna stop is. This is a lively square that is touristy but definitely not cluttered. When you climb the 135-step staircase that extends behind the small pool in the middle, you will see the Trinità dei Monti Church. You can sit on the stairs and eat your tiramisu from Pompi!

Famous symbol of Rome… You come across an unexpected street. Although it looks like a huge square in the photos, this is a giant pool in front of a magnificent structure that accidentally entered between the buildings! Thousands of tourists visit Fontana di Trevi every day, which means three-way fountain in Turkish. If you want to come to Rome again, you should turn your back to the fountain and throw a coin into the fountain with your right hand over your left shoulder. I have to admit it works! It is rumored that if you toss two coins, you will find love, and if you toss three, you will get married! Worth to try!

4. Church of the Pantheon, Rome

When you exit the Fountain of Love and cross the Corso, you will see the parliament building. When you go down from the magnificent Palazzo Montecitorio, a big square and the Pantheon Church will welcome you right ahead. The giant domed structure with a diameter of 43 meters dates back to the 7th century. There’s a 9-metre gap in your ceiling. The Pantheon, meaning the temple of all gods, is one of the best preserved structures in both Rome and the world.

The history of this square, where the ancient Romans gathered and watched the competitions, dates back to the 1st century. You can find cafes and restaurants, street performers and Piazza Navona lively both day and night. There are 3 different fountains in the square. The most famous is the Fontana dei Quattro Fiumi, or Fountain of the Four Rivers. The fountain represents four rivers and four gods on four continents. Plata from America, Nile from Africa, Ganges from Asia and Danube from Europe give meaning to the fountain.

Located between the Tiber River and Navona Square, Campo dei Fiori is a colorful square adorned with flowers. The square, where the young people fill the cafes and restaurants in the evening, is lively in the morning and evening, while the vendors set up stalls during the day. During the day, you can witness the colorful images of fruit, vegetable, pasta and souvenir vendors!

This lovely square has witnessed sad events in the past. Giordano Bruno, one of the important philosophers of his time, was burned here for saying that the earth revolves around the sun. There is a statue of the philosopher right where he was killed.

Taking its name from Palazzo Venezia, that is, the Venetian Palace, the square is the heart of the city. When you go north through Via del Corso, you reach Popolo Square, and when you go south, you reach the Colosseo, the famous Colosseum. The “II Vittoriano Emanuele Monument”, which does not give the square its name but embraces the square with all its splendor, impresses with its white marble structure and giant columns.

Vatican City, the capital of the Catholics, has the distinction of being the smallest state in the world. The state, which is entirely within the borders of Rome, has its own flag. In other words, it is a sovereign state within Italy, enjoying all its rights. It houses the world’s largest church, San Pietro, the Sistine Chapel and the Vatican Museum. It is a separate state, but you can easily reach the city center on foot, and you can wander everywhere.

You may have to wait in a long queue to visit the museum. I suggest you come early in the morning. Entrance to the museum is free on the last Sunday of every month, and you can coincide with the Pope’s greeting and speech to the public. It is impossible not to admire the dozens of works of art in the Vatican Museum and the Sistine Chapel. The famous “Creation of Adam” and “Doomsday” frescoes on the ceiling of the chapel are breathtaking! 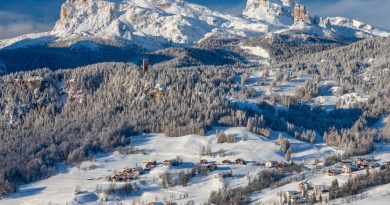 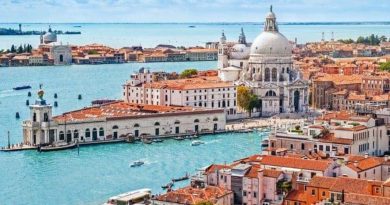 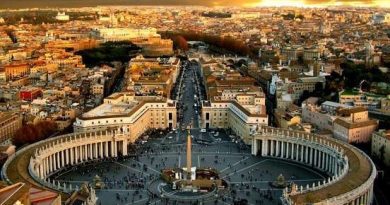 Trip to The Italy: 7 Things to Do in Rome