Mandalay is Myanmar’s second largest city. It used to be the capital of Myanmar. Nowadays, we can say that the country’s trade and education city. Travelers usually stop by Mandalay and escape in a short time before going to Bagan, but this city is actually full of magnificent beauties. Myanmar is a country that has recently been opened to tourism, so it is very enjoyable to visit cities that have not become overly touristic, especially Mandalay. It is also useful for understanding the culture of the country and seeing real life.

You can walk or bike to the sights of the city in Mandalay. It is also very common to arrange a taxi to take you around throughout the day.

The most important place in the city is the Royal Palace. It was built in 1861 by King Mindon. It is actually a city on its own, surrounded by water channels and walls. In the middle is the Royal Palace. The buildings, which were damaged during the Second World War, have been restored. They are in pretty good shape right now. It was mainly built using teak wood.

The area where the Royal Palace is located has 4 gates, but tourists can only enter through the eastern gate. After the gate, you walk about 1 km and reach the Palace. The first place that draws attention inside is the throne room. They put wax statues of the old king and queen here, reviving the old days. After you finish your tour between the buildings, I suggest you go up to the observation tower. So you can see the city from above.

Another important place in the city center is the sacred Mandalay Hill. This is a preferred place to watch the sunset. There are two ways to reach the summit. You will either go out by car or follow the majority and climb 1729 steps. As Mandalay Hill is considered sacred, you have to take off your shoes and socks on the stairs as in all other temples in Myanmar. As you go up, you pass through tiny little temples in between. Even if it is difficult, when you climb the hill, a wonderful view awaits you. The sunset is poetic….

You can also stop by Kuthodaw Pagoda when you get off Mandalay Hill. The world’s largest book is exhibited in this temple. This is a book written on stone tablets, each page measuring 107 cm x 153 cm x 13 cm. Each of the 729 tablets is exhibited in a separate stupa. In 1900, the writings on the tablets were printed as a 38-volume book of 400 pages!

Places to Visit Around Mandalay

There are also many places to visit around Mandalay. Especially the U-Bein bridge is a place where tourists flock. It is usually crowded at sunrise or sunset. The feature of the bridge is that it is the longest and oldest teak bridge in the world with a length of 1.2 km. It was built in 1850. It is still intact and used in daily life.

Another not-to-miss place outside of Mandalay is Sagaing Hill. A place full of monasteries and temples as far as the eye can see. It has a very impressive atmosphere. In the next 5-10 years, when Myanmar becomes a more touristic country, this will be a place we will hear a lot about.

There are two other historical cities around Mandalay. One of them is Mingun. You can reach the river by motor or taxi, or by ferry from Mandalay. The most important place of Mingun is Mingun Pathodawgyi. This is an unfinished pagoda. If its construction had been completed, it would have been the largest pagoda in the world at 150 meters high. You can climb on top of the pagoda until it is completed, and look down on Mingun. Near the unfinished pagoda stands the second largest “usable” bell in the world. Another important temple is the white Hsinphyumae Pagoda.

The other historical city is Inwa. Again one of the old capitals. It is a place that has been destroyed and rebuilt many times, but most recently abandoned in the earthquake in 1839. It is home to various monasteries and temples. Where the old palace used to be, there is an observation tower that looks like it could collapse at any moment. This area is an impressive place in terms of seeing the life of the people living in the vicinity beyond visiting the old buildings.

Mandalay is a place that should be visited with the naturalness of its people, good food and impressive temples.

We are waiting your comments! 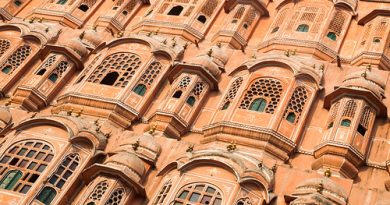 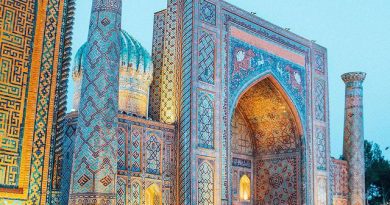