Mount Nemrut is in Adiyaman Turkey. It was declared a World Heritage Site by UNESCO in 1987. Mount Nemrut is one of the most visited places in Turkey. It is possible to reach many different regions by both airline and road. Nemrut Mountain is 68 kilometers from Adiyaman Airport and is easy to reach. There are direct flights from Ankara and Istanbul. Travelers should definitely stop by here.

Mount Nemrut is one of the most important ancient sites in the world. Watching the sunset and sunrise can be your activities.When you come to Mount Nemrut, you should visit Nemrut Mountain National Park, Severan (Cendere), Ancient City of Arsemia, Kahta Castle.

Commagene Kingdom was founded by Mithrades Kallinikos in the 1st century BC. King Antiochus I built tombs and monumental statues on Mount Nemrut to show his gratitude to his ancestors and gods. There is a stone tumulus on the tomb. While walking around the tumulus, we come across famous giant sculptures, reliefs and inscriptions. The lion statue on the hill represents the power on earth, that is the kingdom. The eagle statue which is the reporter of the gods in mythology expresses the divine power. It is one of the most magnificent ruins.

Karl Sester, a German engineer, came to Diyarbakır in 1881 to work in road construction. At the same time, he conducted research in this region and some historical buildings attracted his attention. He discovered that these sculptures and works belonged to the Kingdom of Commagene and were made by the orders of King Antiochos I.

According to a Latin inscription on the top of the Severan Bridge, it was built in the name of the Roman Emperor Septimius Severus, his wife and sons. It is known that two of them on the Kahta side were dedicated to Septimius Severus and his wife, and the two on the Sincik side were dedicated to their sons. However, the column belonging to Geta, one of the sons, was destroyed by the brother named Caracalla, who killed him and wanted to destroy everything belonging to his brother. Severan Bridge is 120 meters long, 30 meters high and 7 meters wide.

Arsemia is the administrative center of the Kingdom of Commagene. There are sculptures and caves in this region that may interest you. Sculpture of Antiochus and Heracles shaking hands in Arsameia. At the top, which is the tomb place of Antiochos father Mithridates, there are palace ruins.

It is an impressive castle located on a hill near Mount Nemrut. Kahta Castle is well preserved. Arsameia used it as an administrative center. Its position was preserved during the Roman period. When the Mamluks dominated the region in the 1260s, the castle was restored and took its current form. There are waterways, cisterns, dungeons, shops, places of worship and large rooms in the castle. 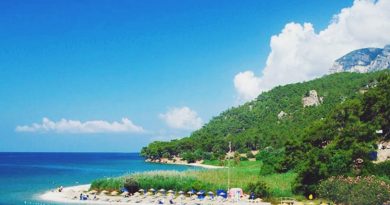 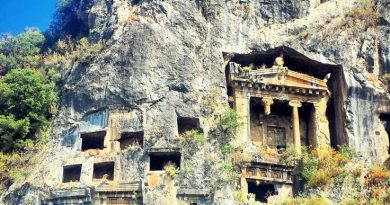 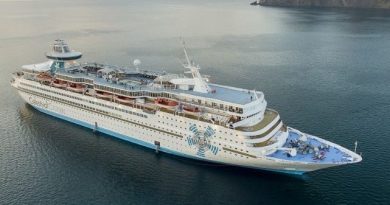