Uruguay is referred to as the Switzerland of Latin America and South America. According to some travellers, it is a boring country compared to other Latin countries, and for some travelers it is an attractive country with its calmness; Argentina’s younger brother. This week I will take you to the capital city of Montevideo.

Ciudad Vieja is Montevideo’s most touristic place. It is very lively because it is the stopping point of people coming from Argentina as a daily ferry or large cruises. It is quite pleasant to wander the narrow streets and Spanish architecture buildings during the day. At night, the environment changes a little and becomes deserted, so it is important to take a Ciudad Vieja trip during the day.

The most important place in Ciudad Vieja is undoubtedly the mausoleum of the country’s founder, General Artigas. It is located under the Plaza Independencia.

Uruguay is one of the most meat-consuming countries in the world. The main food sources are meat. Moreover, since the animals are fed with natural feed in the open field, the meat is extremely healthy. Mercado del Puerto is a temple for the traditional barbecue called “Parilla”. If you want, you can buy a piece of meat, or you can order a mixed plate that includes meat of the rib region called “asado”, as well as offal such as intestines, sausages and kidneys.

One of the traditional activities in Mercado del Puerto is to go to Roldos, sip the Uruguayan drink called “Medio y Medio” and eat the “picada” plates prepared with products such as cheese, salami and ham.

Although Uruguay is known as the Switzerland of Latin America, it has had its share of the graffiti tradition spread throughout the continent. Especially Barrio Sur and Palermo districts are full of magnificent graffiti. Take your camera and go explore. You can take dozens of graffiti photos in just one day. Especially the ones on Minas street are magnificent.

5. Get Gifts from Tristan Narvaja Market

The market called Tristan Narvaja, which is set up on Sundays, is a paradise for those looking for souvenirs. You can find whatever you are looking for about Uruguay. Whatever you have in mind about various mate, thermos, clothes, leather goods, jewelry and souvenirs… You can also try Uruguayan delicacies such as empanadas and tortas fritas here. It is a good idea to go in the morning, as it closes around 2pm on Sunday.

6. Watch a Show at the Teatro Verano at the Uruguayan Carnival

Uruguay Carnival is the longest carnival in the world. It takes exactly 40 days. Carnival groups perform at the Teatro Verano for 40 days. The climax of the carnival excitement is experienced at the parade called “Desfile de Llamadas”. All samba and negros groups take part in this ceremony and try to show their best performance. In this parade, the best bands of the carnival are determined.

7. Watch the Sunset with Mate at Playa Ramirez

One of Montevideo’s must-haves is to take a walk on the coastal street called La Rambla and take a mate break at Playa Ramirez, where the sunset is best watched. Mate is a type of tea mate that Uruguayans are addicted to. The biggest activity of the country is meeting with friends and drinking mate. 🙂 Do not leave this country without making friends with a Uruguayan and sharing a mate… 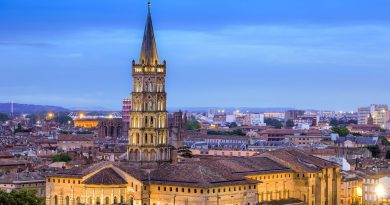 Pink City of France: 7 Things To Do In Toulouse 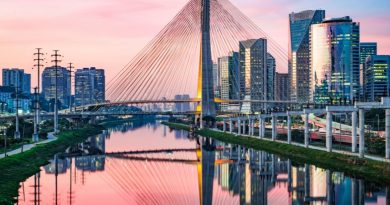 Visit to Brazil: 6 Things That You Should Do In Sao Paulo 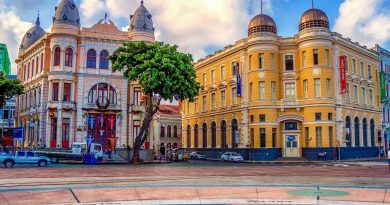