7 Things To Do In Recife

Recife is a city in the north of Brazil full of skyscrapers, beautiful beaches, fun streets, lively people, great music and dancing. Recife is also known as the “Venice of Brazil” with a magnificent sea on one side, the Capibaribe, Beberibe and Jordão Rivers on the other, and 49 bridges connecting these rivers.

Old Recife is definitely a place to be visited with its historical significance and buildings and many museums remaining from its glorious days. At the time, Recife was one of Brazil’s most important and wealthy cities, thanks to its sugarcane production. Marco Zero is the most touristic place in the old city. This is the ground zero of the city. It is a pleasant area where tourists and locals flock to during sunset hours.

Have Fun at Boa Viagem Beach

Of course, Recife is not just a place of history. It has a very beautiful and pleasant, long beach. Boa Viagem Beach is a great place to snuggle on your sun lounger, sip your coconut water, read your book, hang out with friends or meet new people. Unfortunately, I can’t say it’s great for swimming. This beach is one of the places with the highest number of shark attacks in the world. There is a reef from which Recife takes its name, just off the shore. While there was no attack in Recife in the past, shark attacks started as a result of the construction of a large port in the 80s and the damage to the nests and feeding areas of sharks. Although it is not recommended to swim in the sea, it is said that it is better for those who want to swim when the tide is low due to the low tide.

One of the funniest and most colorful places in the old city is Bom Jesus Street. Sundays can be a good choice to end your trip and do some shopping. Different jewelry, decoration materials and design products will be waiting for you.

Watch a Show at the Santa Isabel Theater

One of Brazil’s most beautiful theater buildings is located in Recife. The Santa Isabel Theater is a building dating back to the 1850s, when the city was built with roads, bridges, neoclassical buildings and transformed into a European city. It was the most beautiful theater building in Brazil when it was built. Nowadays, this magnificent building has been supported by new technological infrastructure and still serves as a theater and a performance center.

Recife’s most popular tourist attraction is the Ricardo Brennand Institute. This is a large complex consisting of a museum, art gallery, library, castle and park. An interesting place with one of the largest arsenal exhibits in the world. 14-19. It contains about 3,000 weapons belonging to the centuries, collected from different countries. Oficina Cerâmica can be visited on the same day as the ceramic museum named Francisco Brennand.

Don’t worry you can’t swim in Recife’s city centre. A little ahead of Recife is a very charming town called Porto de Galinhas. Turn your way here. Both the sea and the beach are very beautiful. It also has a fun side. When the tide recedes, the reefs turn into natural pools, leaving hundreds of tropical fish in them. You can reach these pools by walking on the reefs and swim with the tropical fish.

One of the must-see places near Recife is Olinda. The name of the city is the words of the Portuguese who set foot here, “Oh! Linda” (Oh! How nice). Although it is a different city, it is close like a neighborhood of Recife. In the 1500s, many churches were built in Olinda, the center of the Portuguese in the province of Pernambuco. You can visit most of these churches on foot. You should definitely stop by Igreja da Sé, the most beautiful church in the city, and look at the view of Recife from there. 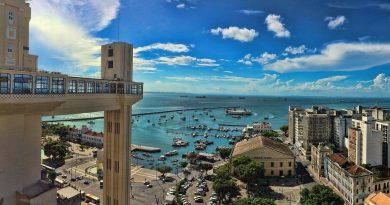 Best Things To Do In Salvador Brazil 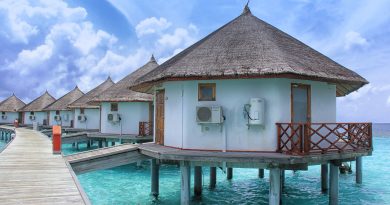 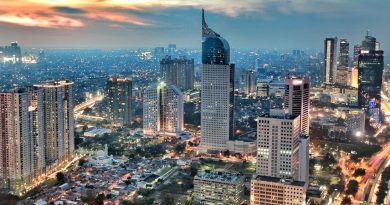 Visit to Capital of Indonesia: 5 Things To Do In Jakarta